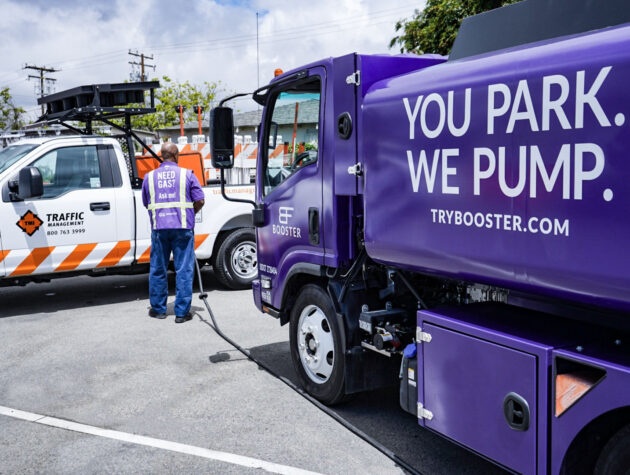 As a designated “chief fueling officer” of the family, Frank Mycroft found himself at his local Seattle gas station, sitting in line for the second time in a day. There had to be a better way.

The former Boeing engineer would go on to help launch Booster Fuels, a high-tech mobile fuel delivery startup that was founded in Seattle but soon relocated to the Bay Area.

Now, after raising nearly $90 million and delivering millions of gallons of gas, Booster is making a return to Seattle, launching its service across the region as part of a nationwide expansion.

The 4-year-old company uses its purple-branded trucks to fill up tanks on corporate campuses. Fortune 500 giants such as eBay, HPE, and Cisco use Booster to provide a fueling perk for employees. Health clubs and retail centers are customers as well.