The history of rail between Seattle and Tacoma 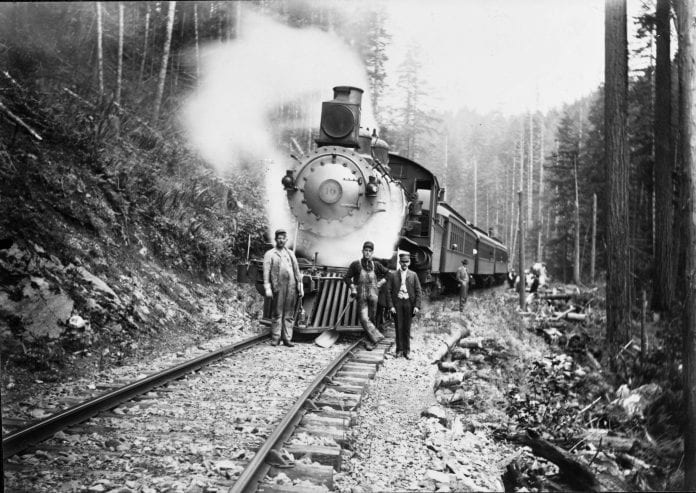 Anyone who rides the Sounder trains around the region or shuttles across town on Link light rail might feel like these mass transit webs are modern amenities. They would be wrong. Regional rail service dates back to statehood itself. Like most aspects of life on the Puget Sound, it also has ties to the rivalry for economic supremacy between Tacoma and Seattle.

Anyone with a working knowledge of local history will remember that Tacoma outpaced the backwater of Seattle during the 1870s, particularly after the Northern Pacific Railroad selected the City of Destiny as the terminus for its transcontinental railroad in 1873.

Seattle feared that it would be cut off from the rest of the economic boom in the growing West Coast if it didn’t have rail service to bring settlers – and their dollars – to the Emerald City and to shuttle its lumber and products to markets back East. That changed when Henry Villard gained controlling shares of the Northern Pacific and pledge to run rails between Tacoma and Seattle, where he just happened to have significant real estate holdings he was interested in selling.